5 Ways to Start Off The Year Right With Parents.

That time of year is getting closer. Whether you go back to school in August or September (or gasp!) July, the kids are starting to get ready to come back. This time can be especially exciting if your child is going off to kindergarten. You can bet that at every party and cookout this summer the little kiddos have been asked if they are excited about going to kindergarten.  Not to mention the parents. Sending your child off to kindergarten is such a happy time it’s also a time filled with a little trepidation.

This year the poem I send out every year is a little more poignant as I send my “baby” off to college. (sniff, sniff)

Thoughts at the Bottom of a Beanstalk
Once upon a time there was a little boy named Jack who was about to climb his very first beanstalk. He had a fresh haircut and a brand-new book bag. Even though his friends in the neighborhood had climbed this same beanstalk almost every day last year, this was Jack’s first day and he was a little nervous. So was his mother.
Early in the morning she brought him to the foot of the beanstalk. She talked encouragingly to Jack about all the fun he would have that day and how nice his giant would be. She reassured him that she would be back to pick him up at the end of day. For a moment they stood together, silently holding hands, gazing up at the beanstalk. To Jack it seemed much bigger than it had when his mother had pointed it out on the way to the store last week. His mother thought it looked big, too. She swallowed. Maybe she should have held Jack out a year…
Jack’s mother straightened his shirt one last time, patted his shoulder and smiled down at him. She promised to stay and wave while he started climbing. Jack didn’t say a word. He walked forward, grabbed a low-growing stem, and slowly pulled himself up to the first leaf. He balanced there for a moment and then climbed more eagerly to the second leaf, then to the third and soon he had vanished into a high tangle of leaves and stems with never a backward glance at his mother. She stood alone at the bottom of the beanstalk, gazing up at the spot where Jack had disappeared. There was no rustle, no movement, no sound to indicate that he was anywhere inside. “Sometimes,” she thought, “it’s harder to be the one who waves good-bye than it is to be the one who climbs the beanstalk.”
She wondered how Jack would do. Would he miss her? How would he behave? Did his giant understand that little boys sometimes acted silly when they felt unsure? She fought down an urge to spring up the stalk after Jack and maybe duck behind a bean to take a peek at how he was doing. “I’d better not. What if he saw me?” She knew that Jack was really old enough to handle this on his own. She reminded herself that after all, this was thought to be an excellent beanstalk and that everyone said his giant was not only kind but had outstanding qualifications. “It’s not so much that I’m worried about him,” she thought, rubbing the back of her neck. “It’s just that he’s growing up and I’m going to miss him.” Jack’s mother turned to leave. “Jack’s going to have lots of bigger beanstalks to climb in his life” she told herself. “Today’s the day he starts practicing for them… And today’s the day I start practicing something too: Cheering him on and waving good-bye.”
–Author Unknown 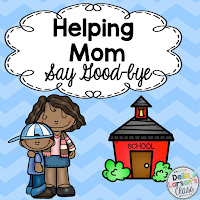 Meeting the parents can be exciting or filled with mishaps. It does almost feel like meeting the in laws for the first time. As a teacher you are responsible for your kids, but we also have a responsibility to the parents. Trust me, I’ve sent 3 of my own kids off to kindergarten and this summer my first off to college. You can’t forget the parents. If you’re hoping for a terrific year, you NEED the parents on your side.  First impressions are everything so here are my top 5 tips taken from 30 years of experience.


#1
Let them know you care about their child.
Duh, right?  But, seriously, you need the parents to know you care about THEIR child. Get down on your knees, look the child in their eye, spend your time talking to the little one. I’m not saying you should ignore the adults, but your focus should be on making the kids comfortable. Even though my kids are older, I can tell you I have a soft spot for anyone who is kind or has been kind to my kids.

#2
Let them know you’re smart.
You are in charge of teaching their little love to read. The parents want to know you know what you are doing. Now is the time to brag a little. If you’re a new teacher tell them where you went to school, if you are a little older (cough, like me) tell them about how many years of experience you have. Channel your mother and pretend she is introducing you. You won an award? Let them know. You spent the summer learning a new skill? Tell them. Tell them all the wonderful things about you that your mother brags about.  They want to know you know what you’re doing. They want to know you have a plan for their child, whether they are already reading or they don’t know any letters yet. Parents want to know you have a plan for addressing their child’s unique needs. Be careful, don’t use lingo. Educators LOVE acronyms, we use them for everything. Don’t use them with parents!!!

#3
Let them know you are “in charge”
We all have heard horror stories about bullies in school and even worse, school violence. Luckily most of us will never face those issues, but we will face kids who tease, push, tattle, are noncompliant, and who frustrate not only us, but also the other kids. The kids will go home and tell their parents about “that” kid who always seems to be in trouble. Let the parents know you have strategies for developing a culture that is supportive to all kids. Let them know your values about classroom management. If you have need a couple extra strategies check here. Your parents want to feel confident in your ability to have control of the class.

#4
Let them know you are available.
We all have different levels of comfort when it comes to how available we want to be with parents.  I give my parents my cell phone number with the caveat that I like texts, not calls. I let my parents know I don’t always check my phone until I get home, so texts may not be responded to immediately.  Set the boundaries early, I let parents know that I will get back to them within 24 hours, but don’t expect immediate responses. A great way to stay in contact with parents is Class DOJO if you haven’t signed up yet, do it now. Seriously it’s an awesome way to communicate with parents. If you haven’t checked out Google forms you need to educate yourself on how helpful they can be in a class. As long as your parents know how to contact you and they are clear with expectations you’ll be fine.

#5 Let them know what to expect
Make sure they know the routines and schedules. What door do I pick up my walker? How much does lunch cost? Do we need to send a snack?  How do I know about picture day? Can I volunteer? How many field trips? Will there be daytime concerts?  You think the kids ask a lot of questions? Yikes, parents can have tons of questions. Get in front of the questions and write down the answers. and hand it out, and again and again. Seriously the parents are being inundated with paper work at the beginning of the year, send this information every month for a couple of months. Prepare for long lines at the copy machine.

I love teaching because it’s a fresh start every fall. We get to work like we are in the Ground Hog Day movie. Take advantage of starting off on the right foot.  Remember “Sometimes, it’s harder to be the one who waves good-bye than it is to be the one who climbs the beanstalk.” Let’s have a great year!!!

You can get a copy of the beanstalk poem here 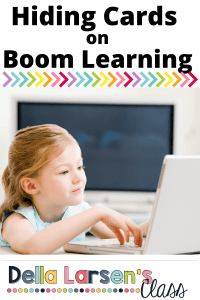 My Boom Deck has too Many Cards 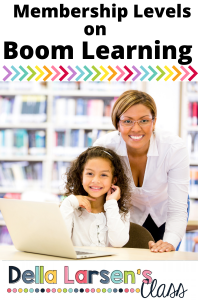 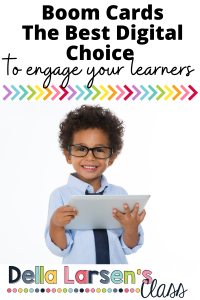 What is a Boom Card?

Knowing your students’ level of phonemic awareness helps you to easily determine the next step in learning to read. 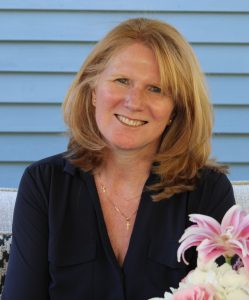 Hi, I’m Della. I’m here to help you bring digital resources into your kindergarten class in a way that makes sense for young learners.
Learn More 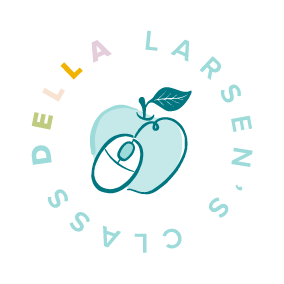